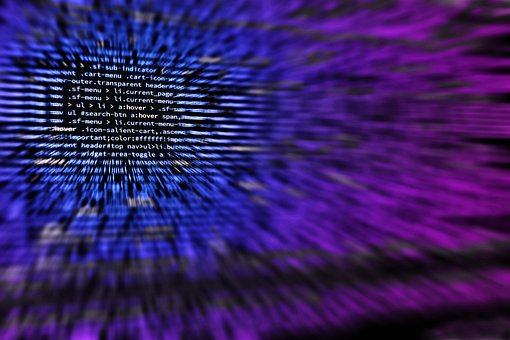 Cyber terrorists have made their way into hospitals, and they are targeting ultrasound machines specifically. It appears there is a black market for this content, and people are paying good money for it.

A big reason for this is health machines are running on ancient software. The cyber terrorists use encryption to access the data from ultrasound machines. Since many health sector employees are not knowledgeable about cybersecurity, it’s an easy target and this is why they are getting a beat from cyber-terrorist.

Medical equipment today uses ancient hardware and software. Some of these machines are still running on Windows 2000. Microsoft had long cut off their support for Windows 2000, Windows 95 and Windows XP.

Thanks to the outdated software, cyber terrorists can easily get hold of the patient’s sensitive information. This can cost both the hospital and patient a fortune in ransom.

Anyone who accesses a hospital’s network can easily access all the records. Worse, they can connect to ultrasound imaging devices that are vulnerable to attacks because they use ancient software. Once you breach the network, getting access to details images and other details become very easy. It’s very scary for patients and hospitals that ultrasound machines are vulnerable to hacking.

There was an attack in 2017, called the WannaCry virus. This virus targeted computers running on old Microsoft Windows systems. It could cause millions of dollars of loss.

These attacks have stolen $92 million. The underlining learning lesson was that you are a hacking target when using an ancient OS that doesn’t have updates and patches regularly.

How to solve this?

Hospitals are responsible for protecting the critical information of their patients. So, it will be a lot better if they start using encryption on their network and files. They can employ someone who can encrypt all of their stuff or use an application to do so.

END_OF_DOCUMENT_TOKEN_TO_BE_REPLACED

The threat of ransomware being used as a highly effective form of cyber terrorism has been receiving a lot of media attention lately. The story line stems from a recent Lloyds of London report that boldly states a large-scale ransomware attack could cost the global economy $193 billion and impact more than 600,000 businesses worldwide.

The report further speculates that if coordinated and executed properly, a global attack like WannaCry could cause even more severe damage and cost companies significantly more when you factor in all the business disruption and recovery related costs that would follow in the wake of a wide-scale attack.

With doomsday projections like these, it’s easy for people to become numb to the associated cyber security risks. Yet security professionals must always remain objective when assessing the scope of a threat versus the cost of implementing security measures to arrive at a risk-based recommendation.

What is ransomware terrorism?

Terrorism is broadly defined as the use or threat of violence that aims to spread fear in a population, and to advance a political, ideological or religious cause. Ransomware can be used in this context to disrupt the life of individuals and organizations, which depend on the smooth functioning of information technology to maintain operations.

While historically, the main goal of ransomware has been to extract, or extort, money or other valuable consideration from the affected party. NotPetya made us aware that there is a lot more damage an attacker could do with access to an army of computers spread across the globe than just turning them into bricks.

To prevent or avoid the consequences of an attack of terrorism, the defenders must effectively repel every single attempt to perpetrate the crime. Ultimately, the attackers only need to overcome the defenses once in any given situation to prevail.

In the proposed scenarios created by the Cyber Risk Management (CyRiM) project and Cambridge Centre for Risk Studies (CCRS), put forth in the report called, “Bashe Attack: Global infection by contagious malware,” a ransomware terrorist attack could be launched through an infected email, which once opened would be forwarded to all stored contacts.

Then within 24 hours, the malware could encrypt all data on 30 million devices worldwide. In the worst case scenario of the event, even the backups would be erased—meaning companies of all sizes would be forced to pay a ransom to decrypt their data or replace their infected devices.

It is easy to conceive that a ransomware attack on this scale would cause substantial economic damage to a wide range of business sectors through reduced productivity and consumption, inaccessible data files, IT clean-up costs, ransom payments and supply chain disruption.

The moral of the story according to Lloyds is that all businesses should pay close attention to systemic risk across all lines of business, not just within the silo of cyber and businesses should buy insurance to help protect against such catastrophic scenarios.

END_OF_DOCUMENT_TOKEN_TO_BE_REPLACED

This increased attention on the health sector is because of hackers seeing it as an inexhaustible source of money. On multiple occasions, media reports have described leaks of data from medical centers, followed by a ransom demand sent to clinic management and patients.

END_OF_DOCUMENT_TOKEN_TO_BE_REPLACED

This summer, the U.S.-based pharmaceutical giant Merck has suffered the Petya ransomware attack that required to hand over a ransom or have its computers remain locked and inaccessible. One month before, the WannaCry ransomware attack devastated many big organizations around the world, including national healthcare organizations such as UK’s National Health Service (NHS).

Last week, cybersecurity experts warned that medical care would suffer from new additional risks they are not prepared to handle. The new threats are coming from the “Internet of Bodies” – IoT devices incorporated into human bodies for medical purposes.

“Healthcare companies are probably the most susceptible to upcoming ransomware attacks – and these attacks will come again, we have no doubts about it,” said Marty P. Kamden, IT security expert and CMO at NordVPN. “Outdated technology, lack of experience in managing the IT sector, and vulnerabilities of the new Internet-connected medical devices pose a grave danger to the safety and even lives of thousands of medical patients around the world.”

In fact, several months ago, the FBI (United States Federal Bureau of Investigation) issued a warning to all healthcare sector companies to remain vigilant of new cyber threats, possibly stemming from foreign governments.

Here is NordVPN’s advice about protecting healthcare companies from cyberattacks:

Don’t use FTP servers operating in anonymous mode. According to FBI, “some criminal actors from abroad are trying to target protected healthcare information (PHI) and other personally identifiable info (PII) from medical facilities to intimidate, harass, and blackmail business owners.” FBI was alerting healthcare companies against the use of FTP servers operating in anonymous mode.

You are as strong as your weakest link. Healthcare companies should choose their suppliers carefully and should work together with them to tighten overall IT security. The new trend is supply-chain attacks: attackers look for the weakest link in the supply chain to install their malware, which will affect all the companies within the chain. The supply-chain vulnerability was used in the destructive NotPetya attack, originating in Ukraine and branching out to various European and U.S. organizations.

Use a VPN. Healthcare organizations usually use Intranet for private internal communications, which include local area networks (LAN) as well as on-site networks. When employees need to access the organization’s Intranet while traveling or working remotely, they should use virtual private networks (VPNs) for a secure connection. When using a public or unprotected WiFi connection, VPNs create an encrypted tunnel that connects the computer and the Intranet or VPN server. This tunnel protects the connection from public access, should there be hackers ready to breach the system.

END_OF_DOCUMENT_TOKEN_TO_BE_REPLACED

The start of 2017 provided America’s health system with some global-scale schadenfreude when England’s NHS got caught up in a massive cyber attack. The “WannaCry” ransomware attack, which quickly spread across Europe from an epicenter in Ukraine, seemed to prove beyond any reasonable doubt that American EHRs and health data management systems were not unique in their vulnerability to hackers and thieves leveraging new digital weapons.

In time, this particular attack did manage to spread internationally from Europe over to America, but that only provided further evidence that ransomware, and cyber attacks more broadly, are a threat of seemingly unlimited potential. The failings of American healthcare to get its data safely organized look far less damning when the scale of cyber risk is made explicitly global, and even the NSA is caught off-guard by their own tools being turned into weapons in enemy hands.

Not Alone, but Not Ahead

Of course, that American hospitals weren’t the primary targets for once doesn’t remotely get them off the hook; nor does the jarring impact of this particular incident reflect a growing resilience among health data security in the U.S. American health data may not be alone in its vulnerability or attractiveness to thieves, but neither are our health systems leading the pack in protecting against ransomware, or any other form of cyber attack. Sadly, this wakeup call seems more likely to be heard outside of healthcare than within it; the scale makes it almost universally noteworthy, but otherwise it resembles a new status quo for data leaks in modern health systems.

Credit card data is relatively to protect; thieves are easily and quickly locked out of accounts, if not caught, thanks to everything from increased scrutiny by lenders and processing companies as well as consumer-facing transparency and 24/7 account monitoring via mobile credit card alerts and apps. Health data, by contrast, remains largely vulnerable. Clinics are not particularly good at recognizing fraud when thieves have a person’s medical data; hospitals have proven themselves no better at keeping that data secure in the first place. So compared to traditional identity theft leveraging plastic, digital health data presents a softer and more lucrative target end to end.