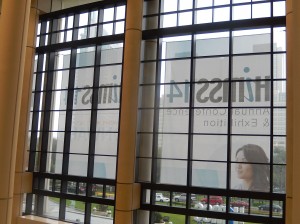 A day removed from the chaos (and wonderment and bliss) of HIMSS14 I thought I’d provide you with some of my thoughts about my experiences at the event. First, it was a wonderful, albeit tiresome experience. I was glad, and proud, to be back.

I attended the show twice before – in 2011 and 2012 as a vendor – and this third time as a reporter. In sum, I enjoyed it much more being there as a member of the press. It was more enriching and engaging and I was able to learn more about what’s actually going on in the space.

My only regret: Not being able to connect with colleagues of mine in the blogosphere. If truth should be told, I would have liked to have personally met as many as possible. The presence of several at the show was noticeable and lively. I crossed paths with several of them, but was not actually able to shake hands and say hello. I take full responsibility. Perhaps I’m a bit shy and introverted.

However, I met many other great people and had great conversations at the show. Omnicell, Verisk Health, Allscripts, ZirMed, MedSys Group and SAS stand out. I saw some great displays and some great IT. However, there were many times in which I was bored. One vendor, for example (with what can probably be described as having the biggest social media presence on Twitter while there) did not live up to the hype, and likely needs some ongoing communication training to help its officers learn how to stay on point and drive a story home; a totally missed opportunity from this reporter’s perspective.

Overall, I tend to agree with John Lynn. I saw very little that was truly exciting and innovative; nothing that really knocked my socks off.

It seems that we’re now in a state of flux. The EHR conversation is passé, in my opinion, and I did not hearing anything new about patient engagement, for example (meaningful use seems to have played out, too). Strategy and observation from thought leaders in the space didn’t really seem to get to the point and didn’t really seem to address the patient as an individual, but rather as a population (which, I suppose is obvious). In this case, I don’t see how we’re going to bridge the gap from thoughts and ideas to actionable plans for successful improvements in quality and an individual’s personal health.

Of course, every vendor claims to have a plan, but many will not survive the next two or three years, at least as exhibitors at the show, I think. One source I spoke to (a vendor) said the next two or three tradeshows are going to see a MAJOR upheaval at HIMSS. This, as I was told, will mean that as many as half of the exhibitors at the show will no longer be able to continue participating in the show because of various reasons. To be clear, the source is a HIMSS board member and speaks with some authority. Revenue and cash flow are going to have a major impact on the world of health IT in the next year, he warned, and he stated that we’re on a bubble much like one real estate under went in 2007 and 2008. Interesting perspective, to say the least, and I look forward to seeing if he’s right.

That said, I remain optimistic that we’re on the precipice of some real, actionable change. Not like what we’ve seen in the last five years or so about how EHRs and patient portals were going to change the world, but how people (patients) are actually going to interact with their care givers and, in effect, change their own lives, as is the obvious, and overstated goal. Consumerization will play a role, perhaps, but in a data driven, quality driven, risk-reduced manner.

I look forward to attending HIMSS again, and seeing how things change again in the next year and this year’s show was an experience I soon won’t forget.

So after more than 10 miles of walking over three days, here are some of the final images I captured while at the show: 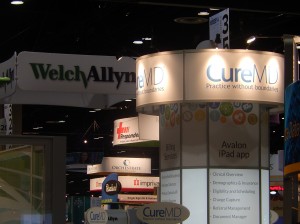 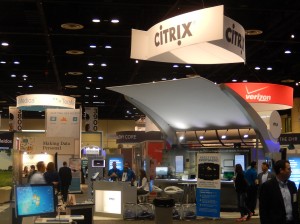 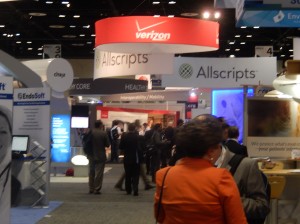 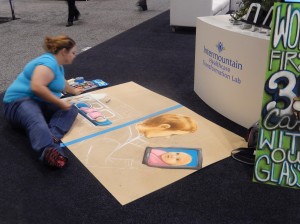 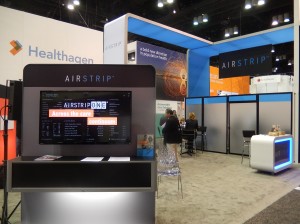 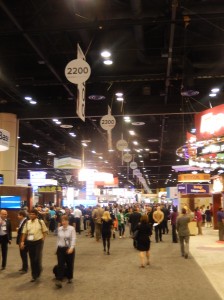 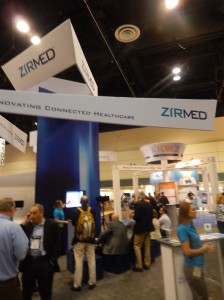 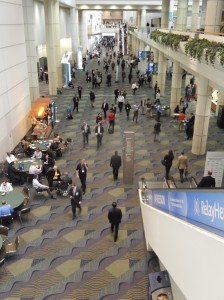 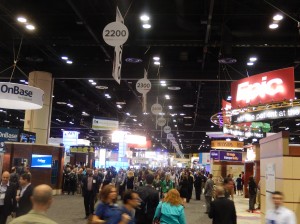