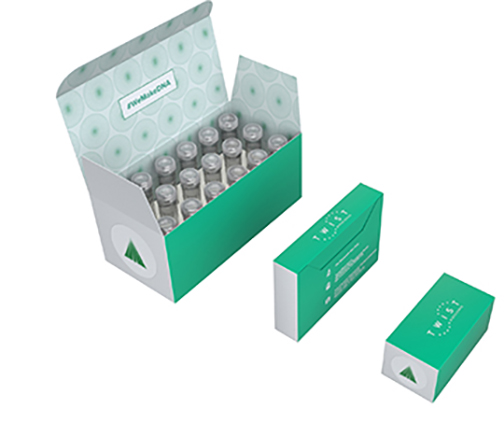 Target enrichment is an essential process for multiple types of DNA or genetic sequencing techniques, and depending on which technique is in question, the actual process will vary quite a bit in both degree and process. Let’s get into the discussion with a general definition of what target enrichment is.

What is Target Enrichment?

Target enrichment may involve different methods, depending on the particular type of sequencing, the exact sample, as well as the expected results (reason). It can still be defined in a more general sense as they all work towards selectively isolating the precise, genomic sections necessary for the sequencing.

Target enrichment is a preparatory step which amplifies both the speed and accuracy of the results derived from DNA sequencing. For finding and identifying nucleic acids and the variations between them with speed and supreme sensitivity, target enrichment is a time-tested and highly efficient step. It should be a standard procedure before the sequencing procedure can begin.

In instances of Targeted Next Generation Sequencing (TNGS), target enrichment has been found to be of crucial importance for reducing the time which would be necessary for previous generation of targeted sequencing to be completed. Next, we will focus more on TNGS and how target enrichment works towards making the modern sequencing process more accurate, cost effective and quicker.

How Does It Work?

Target enrichment works towards selective isolation of the genomic sections being studied, via:

There is also another process which is used for target enrichment prior to gene sequencing. This one is called amplicon-based enrichment of the sample, or the amplicon process in short. Instead of using hybridization for the selective isolation, molecular inversion probes (MIP) are used to achieve similar results.

As it happens, there is also another variation of the amplicon technique that is used for target enrichment. It uses connector inversion probes or CIPs, instead of the standard MIPs. They are more useful for targeting longer genomic sections, rather than single nucleotides. Based on the project specifics and the expected results, either one of the two, or both can be used simultaneously.

Post isolation using any of the two methods, the sections which are of interest to the researchers become easier to access and sequence. Naturally, this shortens the time necessary to conduct the whole procedure, while at the same time, boosting accuracy of the collected data. The more focused your sample is, the faster, more relevant and concise the results will always be in genetics. Combined with targeted next generation sequencing techniques, the final reports produced are proving to be extremely useful in both medical and industrial settings.

What are the Advantages of Target Enrichment?

There are several advantages of target enrichment, especially when followed up by a state-of-the-art TNGS process. Some of them have already been discussed while elaborating on the preparatory step’s definition and mode of operation, but there is more to be considered here. For easier understanding, let us take a brief look through some of the main advantages of target enrichment as a preliminary step next:

Target enrichment has made targeted next generation sequencing a lot more accurate and efficient for its usage in cancer research and gene expression research in recent years. However, where it is proving itself as the most reliable tool in disease and genetic disorder research is in the field of recognition and prediction of dangerous mutations, single nucleotide variants (SNPs), genetic conditions, and other genetic disorders.

While there is some debate regarding which one of the two processes in use is the better one, both seem to have applications of their own. A lot depends on the project, the research and the facilities as well. Nevertheless, both processes are in use and seem to be quite similar in prepping samples for targeted next generation sequencing of DNA. The use of connector inversion probes, aka CIPs, however, have expanded the amplicon target enrichment process’ capabilities beyond what was possible only via the use of standard molecular inversion probes.