The 2019 HIMSS Annual Conference may be over, but that doesn’t mean an end to the pressing challenges and trends discussed at Orlando’s Orange County Convention Center. More than 42,500 people attended the conference — the majority of whom were C-suite executives and HIT professionals taking full advantage of the healthcare IT industry’s largest opportunity for networking, product promotions, continuing education and major announcements.

As always, there were a few subjects during HIMSS19 that generated significant buzz. Here are four of those trends that will remain key topics throughout the next year:

The release of two long-anticipated proposed rules on information blocking came just as HIMSS19 convened. The Centers for Medicare and Medicaid Services (CMS) and the Office of the National Coordinator for Health Information Technology (ONC) unveiled proposals that would require healthcare providers and plans to implement open data sharing technologies to support transitions of care. The first focuses on standardized application programming interfaces (APIs) and carries forward provisions from the 21st Century Cures Act.

Those associated with Medicaid, the Children’s Health Insurance Program (CHIP), Medicare Advantage and Qualified Health Plans in the federally-facilitated exchanges would have to provide patients with immediate electronic access to medical claims and other health information by 2020. Under a latter proposal, health information exchanges (HIEs), health IT developers and health information networks (HINs) can be penalized up to $1 million per information blocking violation, but providers are not subject to fines.

The goal of the proposals is to consider care across the entire continuum, giving patients greater control and understanding of their health journeys. This is interesting, given that HIMSS attendees who responded to Stoltenberg Consulting’s seventh annual HIT Industry Outlook Survey noted “lack of system interoperability” as one of their biggest operational burdens, and “leveraging meaningful patient data” as the IT team’s most significant hurdle this year. Thus, overcoming these challenges to meet the newly proposed mandates will likely dominate discussions during the remainder of 2019.

END_OF_DOCUMENT_TOKEN_TO_BE_REPLACED 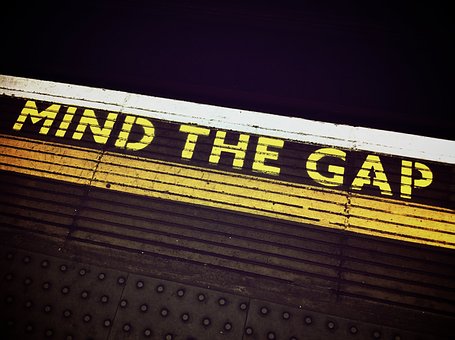 The megalithic healthcare conference, HIMSS19, has come and has gone from the vast former swampland of central Florida. While I’m a relative newcomer to the show’s trajectory – I’ve been to four of the annual tradeshows since 2011 – this year’s version was, for me, the most rewarding and complete of them all. This could be for one of several reasons. Perhaps because I no longer represent a vendor so sitting in the exhibit hall in a 30×30 booth with a fake smile wondering when the day’s tedium would end and the night’s socials would begin may impact my rosy outlook.

Or, maybe I was simply content to engage in the totality of the experience, attend some quality sessions, meet with many high-class people and discuss so-called news of the day/week/year. Doing so felt, well, almost like coming home. Or, perhaps my experience at the conference this year was so good because of running into former colleagues and acquaintances that drove me to such a place of contentment while there. No matter the reason, I enjoyed every minute of my time at the event.

Something else felt right. An energy – a vibe – something good, even great, seems/ed about to happen. Something important taking place in Orlando, and I was blessed to be a part of it. Kicking off the week, CMS created news – like it does every year at about this time – with its announcement that it will no longer allow health systems and providers to block patients from their data. This was a shot across the bow of interoperability and the industry’s lack of effort despite its constant gibberish and lip service to the topic.

Another fascinating thing that finally occurred to me: no matter the current buzzword, every vendor has a solution that’s perfect for said buzzword. Be it “patient engagement,” “interoperability,” “artificial intelligence,” “blockchain”; whatever the main talking point, every organization on the exhibit floor has an answer.

But, no one seems to have any real answers.

For example, after nearly a decade, we still don’t have an industry standard for interoperability. Patient engagement was once about getting people to use patient portals for, well, whatever. Then it was apps and device-driven technologies. We’re now somewhere in between all of these things.

AI? Well, hell. It’s either about mankind engineering the damnedest algorithms to automate the hell out of everything in the care setting (an over exaggeration) or that AI/machine learning will lead to the rise of machines, which will help care for and cure people – before ultimately turning on us and killing or enslaving us all (again, I’m overly exaggerating).