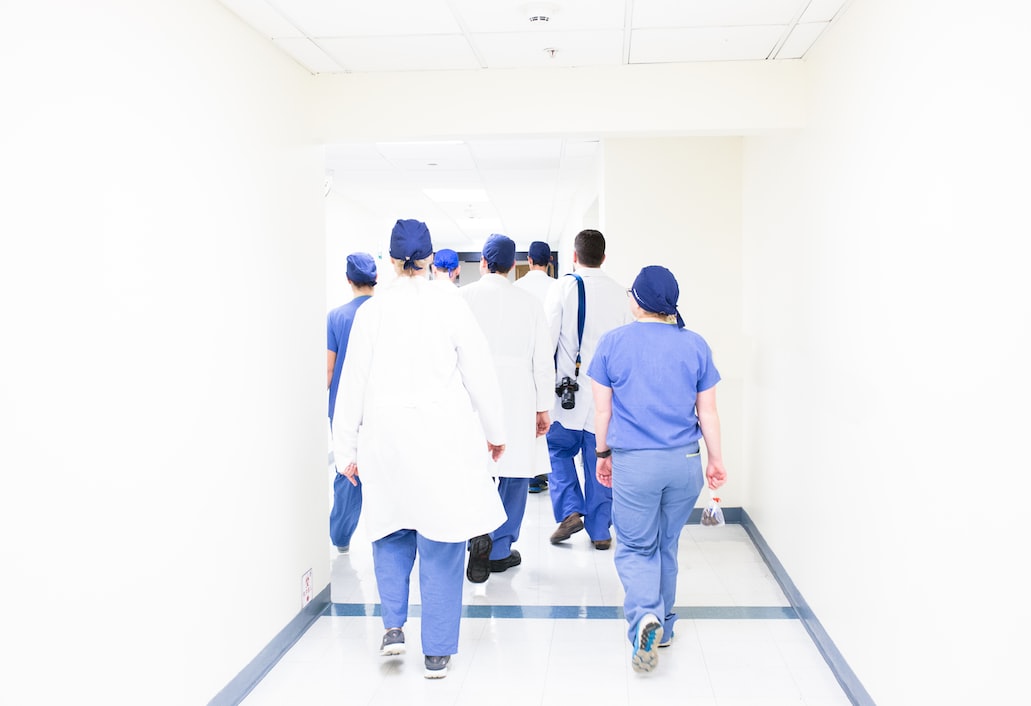 Rapidly advancing technology has made its presence felt in many branches of the healthcare sector, causing dramatic and drastic changes. Healthcare professionals today rely on technology in many different ways – from maintaining documents and keeping records to optimizing patient out-times and remote treatments. Not to mention the ability to provide more accurate diagnoses.

After years of effort to sort out PR, regulatory, and reimbursement challenges, telemedicine appears to be on the right track of becoming commonplace, ready to represent a sizable portion of care delivery. That near-term future has crafted a new term – virtual hospitals.

Catch the definition, if you can

Now, what does that term actually mean? We’re certainly talking about telemedicine, but that can mean a lot of different things to different people. Is it about iPad chats between doctors and rural patients, or about the implementation of IoT technology for AI-powered remote monitoring? The fact is that even professionals who’ve been involved with connected health technologies for over 20 years are not able to catch the definition by its tail.

The meaning behind “virtual hospital” usually varies by organization. In most cases, it stands for the group of intensive care physicians who are working in a call center environment. There’s a lot of screens and technology involved, but mostly to guide other users in remote places. Many smaller institutions, besides the fact that they’re difficult to reach, also don’t have full-time specialists. Doctors from virtual hospitals can prevent the waste of time by guiding the staff through medical procedures in an emergency or in critical cases.

Other organizations have embraced the concept of virtual hospitals as central freestanding facilities staffed with healthcare professionals. The best-known example of this concept is the St.Louis-based Mercy Virtual Care Center, opened in 2015 and labeled as the first virtual hospital. Their aim is to reduce the time it takes patients to meet their healthcare providers, but also to eliminate the need for very sick patients to come into hospitals frequently.

The term ?virtual? may not be the best pick since it sounds like it’s not real, while the provided care is very real. The point is that clinicians can be located anywhere across the globe. Although almost none of them dub themselves as a virtual hospital, around 65% of U.S. hospitals connect patients and practitioners remotely.

On the other hand, a recent survey carried out in Australia has shown that nearly 50% would never visit a virtual hospital. And this is not just because they have Medicare – it’s also about the lack of knowledge on the topic, resulting in the fear that they won’t get the same quality of care as an in-office visit.

To spread across the globe, it’s obvious that this puzzling term needs to be pinned down and explained. So, what does it all boil down to? Its core value is about two things — access and efficiency, and they need to work together.

END_OF_DOCUMENT_TOKEN_TO_BE_REPLACED

In his keynote session at the DreamIt conference in Tampa, November 6, 2018, Sumit Kimar Nagpal, global lead of digital health strategy at Accenture, says the future of healthcare is about a few simple things: Keeping people safe, providing for their well-being and improving care via information and technology.

Sounds simple, but guess what? Traditional players in healthcare are simply not ready, he said. Before explaining why, he painted a portrait of the current landscape and what he expects to come.

First, the current marketplace is all about cost then “innovation,” “agility,” “convenience,” and even the supposed “patient experience.” Cost, however, is likely the single most important issue in healthcare, he said, citing its 18 percent of the US GDP. There a lot of talk about convenience and collaboration, but what’s the outcomes? he asked.

Cost is the biggest driver. It’s a “cost takeout” marketplace, which is dominated by back office optimization. In other words, reduce costs through back office efficiency controls and strategies to save health systems money.

However, there are three important mega trends in healthcare related to the individual consumer. We are aging as a population; we are living longer; and we are facing more long-term conditions. All of this is surrounded by consumerism or the consumer experience and what that means to their health.

Another major transformation is that care is shifting in its location. There is a shift of care to the retail setting, for example, out of the four walls traditionally known in healthcare, for earlier engagement of care in the areas where people live, work and play. This even means that experiences are moving online, into the home and into the community setting.

Those who give us care is changing, too, he said. We’re used to seeing a doctor or a family care provider in an office at a practice, but that is quickly shifting. Care teams are extending well beyond the doctor into retail pharmacists, friends and family, teleconsultations, visiting nurses and social workers and “Dr. AI” and “Dr. Google.

“We’re building a very different relationship with technology to help us decide what’s next and what we have as a condition. This is all about taking down the silos and the four walls, and includes deep, mass personalization,” he said.

END_OF_DOCUMENT_TOKEN_TO_BE_REPLACED

After a detailed conversation recently with a practicing physician, my long-held suspicions about meaningful use may be coming to fruition.

You see, though I’m a believer in meaningful use from a data collection perspective and for the benefits it provides the healthcare community in being better able to track outcomes and measure results, I’m also concerned with the amount of regulation and oversight required of the reform. Additionally, I’m concerned about how the overbearing amount of added reform is affecting the thousands of small businesses that are private practices.

With the added mandates and with the continual burdening requirements of the physician as educator to patients, there’s only so much room left for them to take on their tasks as caregiver.

All of that said there is some growing resentment in the healthcare community that suggests physicians are growing resentful of their educational assignment.

“Our job is not patient education,” the physician I spoke with said, asking that his name be withheld. “We’re on the precipice, teeter tottering on the verge of collapse and the system is going to fall down. We’re being pushed to the extreme with patients. We need to see more patients per hour just to cover our expenses because the margins have disappeared.

“We’re forced to focus on getting more patients through the door; we don’t have time to focus even more on patient care,” he said.

Besides meaningful use, there are other issues to address in healthcare, he said, like 5010, ICD-10, Medicare and Medicaid changes and insurance hurdles.

On top of these issues, physicians struggle with internal operations because of the financial cuts to their practices. With ever-changing reimbursement rates affecting the amount of money they can bring into their practices, practice leaders also have to worry about making payroll. Certainly, physician salaries are declining. Gone are the days when physicians were guaranteed lucrative careers.

The more likely model now will become the one where physicians become employees.

“Healthcare reform essentially is putting the private practice out of business,” he said.

In the long run, the only successful private practice model will likely come down to where large practices dominate the landscape. Anything less than a 300-physician group probably won’t survive, he said.

“This is the reality of what we’re seeing in the outside world.”

Add all of this to a physician shortage that’s only getting worse, and the healthcare community is indeed embarking on a tumultuous road ahead.