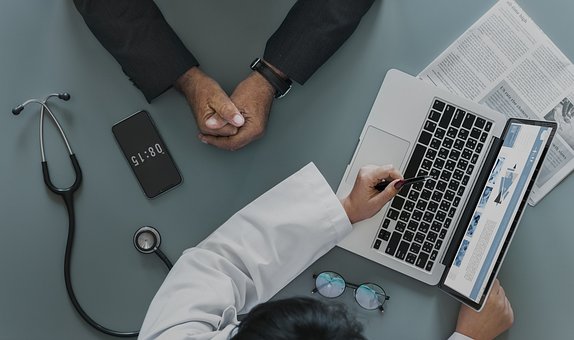 Timely diagnosis and advanced treatment measures are imperative for better healthcare outcomes. But, little have we realized the criticality of patient’s history in treatment. It is human to remember information about major healthcare incidents, but it is impossible for individuals to store every detail of medical history. And sometimes, the lack of details on medical history can be the difference between life and death.

Over the years, as information technology and computers began finding applications in healthcare diagnosis and treatment, it is also emerged as a critical tool to store and retract data. Synonymous to a business, where all major decisions are data-driven, healthcare providers, too, realize the need for data on patient’s health to decipher treatment and diagnosis. As we realize the potential for big data analytics across industry verticals, cloud computing has enabled tech giants develop tools that could come in handy in critical situations. Transparency Market Research states that the global electronic health records market stood at $3,225 million in 2016, and predicts that it will grow to $38,278 million by the end of 2025.

Electronic Health Records are Older than the Internet

Things began to change at the turn of the century when internet became a phenomenon, and tech companies began sensing the need for data-driven approach for every business. In short order, tech giants – from Google to everyone else — started working to develop products for electronic health records.

North America At the Forefront

It is, perhaps, safe to state that U.S. is at the top when it comes to healthcare infrastructure. With consistent financial and policy-level support from the U.S. government, and conducive environment for pharmaceutical, medical devices, and the IT industry, the region has leaped miles ahead from others. And, electronic health records is no different. Out of the $23,225 million reaped by the global electronic health records market, more than 46% came from North America.

How Government Policies Made a Difference?

The Influence of IT Infrastructure

Most tech giants in the world are headquartered in the U.S. and this provides North America the advantage over other regions. With conducive environment created by the government, there is little for tech giants to worry about. And with history for electronic health records born in the country, the spirit for developing products has always been higher in the region. Efforts are underway to soon launch products that could change the approach of healthcare in the country, and attempts look ripe to expand the efforts globally. A fallout of the efforts in the U.S. is taking shape in Asia Pacific, where both government, and business organizations, have begun taking baby steps in moving towards a future in electronic health records.

Migration to Remain a Favorable Trend

Migrating to urban regions in search of livelihood is an age-old phenomenon, data shows that the United States alone accounts of 19.1% of the global migratory population. Often, migration results in an overall change in living standards and demands a different level of adherence to regional regulations. And, in the U.S., there is no compromise on healthcare. While for natives, it might be more plausible to hold on to medical data, but for migrants it is a cumbersome task. This is where electronic health records could make a difference. A global system to store and retrieve health records appears as the need of the hour. And, before time flies, companies and governments have already made the move. Research is underway to study the feasibility of developing a global electronic health record system.

While the development inflicted by technology in living standards and improving healthcare outcomes is undeniable, one has to observe the consequences with equal weight. Over the years, both government, and private organizations, have expressed concerns about data security. With every facet of life engulfed by the internet, it is important to maintain people’s privacy and ensure security of data. This has opened a critical challenge while implementing products in the electronic health records market, especially at the global level. While every country might embark upon a different set of regulations for data privacy, it is essential to lay down regulations that make products in the global electronic health records market feasible, says TMR’s latest report.