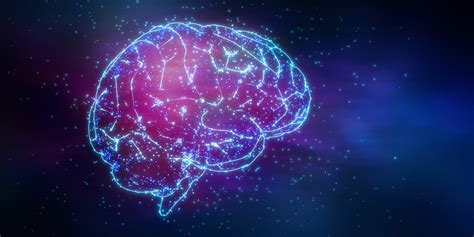 Each year, 795,000 people in the United States have a stroke. And for those who survive, strokes are also a leading cause of disability. However, strokes can be enigmatic.

Their symptoms—sudden weakness, numbness, paralysis on one side of the body, slurred speech, and blurred vision—can resemble those of other conditions. As a result, doctors sometimes misdiagnose strokes. In this blog post, we will examine different types of strokes, their causes, and how you can get the right compensation in the event of a misdiagnosis.

The Different Kinds of Strokes

Another less frequent stroke type is the transient ischemic attack (TIA), which is often called a mini-stroke. This type of stroke happens when a blood clot temporarily blocks an artery to the brain.

One reason strokes are misdiagnosed is because their symptoms can mimic those of other conditions. For example, the sudden onset of weakness or paralysis on one side of the body can also be a heart attack symptom. In some cases, the symptoms of a TIA may be so brief that they are dismissed as a “funny turn” or “spell” and not diagnosed as a warning sign of an impending stroke.

Other times, strokes are misdiagnosed because diagnostic tests for strokes are not always reliable. For example, magnetic resonance imaging (MRI) and computed tomography (CT) scans are not always able to detect ischemic strokes in their early stages. Occasionally, it is an IT issue. The electronic medical record (EMR) might not be updated in a timely fashion with the results of diagnostic tests, or the order for a test might get lost in the system.

What to Do If You Were Misdiagnosed

If you think you have a case, the first step is to contact a medical malpractice attorney from the Tinker Law Firm PLLC to discuss your case.

How Technology Is Helping to Reduce Stroke Misdiagnosis

When it comes to stroke diagnosis, time is of the essence. Every minute that passes increases the risk of long-term damage and even death. However, according to a new study, up to one-third of strokes are misdiagnosed in the U.S. The good news is that technology is helping to change that.

One way that technology is helping to reduce stroke misdiagnosis is by making it easier for doctors to identify strokes in real-time. In the past, doctors had to rely on CT scans or MRIs to diagnose strokes, which could take hours or even days.

However, new technologies like transcranial Doppler (TCD) allow doctors to quickly and easily detect blockages in the arteries leading to the brain. This information can then be used to determine whether a patient is having a stroke and needs immediate treatment.

In addition, technology is also helping to improve the accuracy of stroke diagnoses. For example, new software programs can analyze a patient’s CT scan or MRI and compare it to a database of images to look for signs of stroke. This kind of analysis can help catch strokes that a human doctor might have missed.

While technology is helping to reduce the rate of stroke misdiagnosis, it’s important to be aware of the signs and symptoms of a stroke so that you can get prompt treatment if you or a loved one experiences one.