To start this off, we would first of all look into the definition of stem cells.

What Are Stem Cells?

Stem cells are undifferentiated biological cells that can differentiate into distinct specialized cells and divide to produce more stem cells through the process of mitosis.

They are mostly found in multicellular organisms, and in humans, they can be divided into two broad classes:

The functions of stem cells are numerous judging from their ability to repair other cells and differentiate into new cells.

In adults, stem cells along with progenitor cells act mainly as repair systems for the body. Their main function is the repairing and replenishing of adult body tissues. 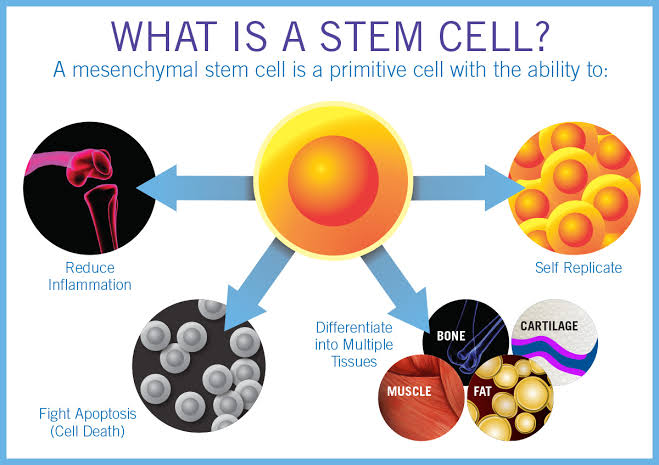 In developing embryos, stem cells have the ability to differentiate into all the specialized cells. They could differentiate into endoderm, mesoderm or ectoderm. Stem cells, in general, also function to maintain a normal overturning of regenerative tissues such as blood, skin or intestinal tissue.

How Are Stem Cells Being Used in the Medical Field

Ever wondered what we can do with stem cells? Well, the answer to that question is given below.

Based on their potency and potential for self-renewal, stem cells can be used to treat a number of diseases. The benefits of stem cell uses today ranges from things like wound healing and teeth repair to managing and curing post-stroke, eye diseases, neurological disorders and other conditions that were initially thought to be incurable.

The functions aren’t limited to that, because advances in stem cell research are developing ways to correct a lot of genetic and mutational abnormalities. This could lead to a lot of stem research breakthroughs.

Now, you have been given a broader view of stem cells and their potential, let us dive into the meat of the matter.

What Do We Mean By Stem Cell Therapy

Stem cell therapy can be described as the use of stem cells to treat, prevent and mollify the effects of a particular disease condition.

This is based on the ability of scientists to isolate and culture stem cells from bone marrow, adipose tissues and other sites. These practices are not yet widespread, but they are being performed in specialist clinics such as Swiss Medica clinic that have made a lot of advances in stem cell research and application.

The advantages are vast and could be said by some to be one of the greatest discoveries in the medical field. Stem cell treatments generally lower the symptoms of the disease or condition that is being treated.

Compared to a heavily invasive procedure like surgery, people who opt for stem cell therapy will experience less pain, recover faster, and have a greater quality of life overall. More groundbreaking research is being done on stem cell therapy and more advantages are forthcoming.

Stem cell tourism is the internet-based industry in which stem cell procedures are advertised to the public as a proven cure. However, most of these cases involve patients and patient families traveling abroad to receive procedures that aren’t part of the FDA approved clinical trial or even proven otherwise.

Even though there is a great public interest in the use of stem cells among stem cell scientists including the International Society For Stem Cell Research, one of the largest academic organizations of scientists and advocates for stem cell research in the world, stem cell therapy is still under development.

However,  there is a great deal of research going on all around the world. Patients should also be educated to be aware of the unethical clinics in different parts of the world.

Some of the fundamental patents covering human embryonic stem cells are owned by the Wisconsin Alumni Research Foundation. These include patents number 5,843,780, number 6,200,806, and number 7,029,913 which were invented by James A. Thompson.

In 2006, the Public Patent Foundation filed a request for the US Patent and Trademark Office (USPTO) to re-examine the three patents, on behalf of its client – Consumer Watchdog. The US Patent and Trademark Office initially agreed with Consumer Watchdog and rejected all the claims in all three patents, but then the Wisconsin Alumni Research  Foundation (WARF) amended the claims of all three patents, narrowing them down. And then in 2008, the USPTO found that the amended claims in all three patents were patentable. The decision on the 7,029,913 patent was subject to appeal while the decisions on the other two patents were not.

WARF reopened the case again, amending the claims of the 7,029,913 patent and making them even more narrow and in January 2013, the amended claims were allowed.

In July of 2013, Consumer Watchdog announced it would appeal the decision to allow the claims of the 7,029,913 patent appeal at the US Court of Appeals for the Federal Circuit (CAFC), and at the hearing in the December of 2013, the CAFC raised the question of whether Consumer Watchdog had legal standing to appeal, and the case could not proceed until the issue was resolved.

According to other stem cell news, some of the diseases and conditions where research in stem cell therapy and treatment is being utilized include:

In recent years, stem cell therapy has become a very promising and advanced scientific research topic. This development of treatment methods has evoked many great expectations from the general public.

Basically, we would be looking at the discovery of different stem cells and the potential therapies based on these stem cells.

Stem cell genesis is followed by laboratory steps of controlled stem derivation and cultivation. Quality control and teratoma formation assays are also important procedures in determining the properties of the stem cells that have been tested.

This cutting edge therapy makes for a turning point in medicine, providing hope for untreatable diseases.

Recent developments have brought about methods of classifying stem cells based on their capacity of self-renewal and their ability to differentiate into any cell of an organism.

The following are the classes of stem cells: 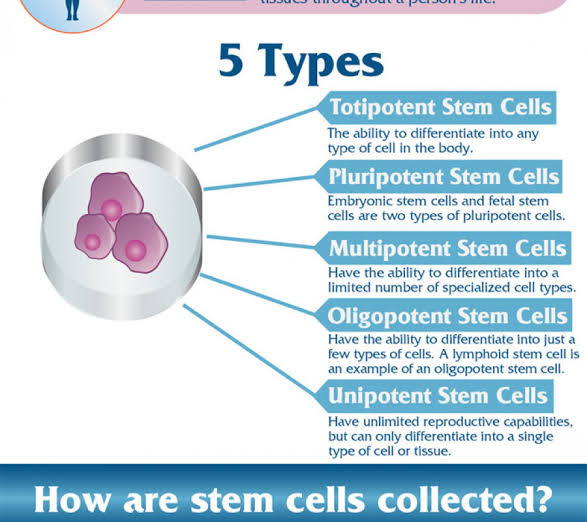 It can not be denied that stem cell therapy has numerous health benefits, both explored and unexplored. More research into it would bring changes on a different scale into the medical field and maybe even change life as we know it. The possibilities seem boundless and we find more out every day. Possibly, one day, stem cells will provide an answer to every disease or disability that can possibly happen to humans.