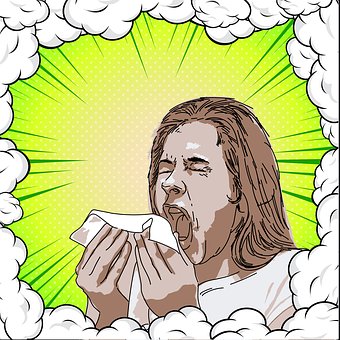 Being sick isn’t an enjoyable experience. It often means calling in to work and missing out on fun things you would rather spend your time doing. Unfortunately, getting sick isn’t uncommon, especially during cold and flu season.

You may not be able to stop every illness from striking, but there are things you can do to get over it faster so you can get back to your normal, everyday life more quickly.

One of the best ways to get a handle on your illness as fast as possible is to catch symptoms early. Not only will it help prevent you from spreading the illness to others, if you do some of the other things on this list as soon as the first symptom strikes, you can expect to get over your illness much quicker.

Recognizing symptoms early is especially important in the age of COVID-19. Symptoms associated with this illness include, but aren’t limited to:

Additional cold and flu signs to be on the lookout for include a stuffy or runny nose, a sore throat, or a headache.

Visit the Doctor, If Necessary

One of the best ways to know what you’re dealing with is to visit the doctor. In some cases, they can prescribe you medications that will help you get over your illness. That’s especially the case if you have a bacterial infection, like strep throat.

However, that doesn’t mean every sign of an illness means you should drop everything and head to your doctor’s office. It is important to think through your symptoms and decide if you should self-treat or go to the doctor. Viral illnesses, like the cold and flu, can’t be treated with prescription medications, so you’re often better off spending your time resting at home.

There are times when symptoms become severe enough that you should see a medical professional, even if you have the cold or flu. If you are unsure of whether or not you should visit the doctor, try calling a nurse. Based on your symptoms, they can tell you what steps to take next.

If you visit the doctor and they prescribe a medication, make sure you take it the way you’re instructed. It will ensure you get over your illness as soon as possible.

If you don’t have a prescription medication, you aren’t out of luck. There are many over-the-counter (OTC) medications you can take to help ease the symptoms of common illnesses, like the cold and flu.

A few of the best to make sure you have around when you don’t feel well include:

It isn’t uncommon for people to ignore their symptoms or medicate them in order to make it through the workday. Others who stay home may be tempted to catch up on laundry or cook dinner for the family. The trouble is, pushing yourself a little too hard when you don’t feel well will just prolong your illness.

Instead, you need to make rest your top priority. Hold off on demanding household chores and make sure you call in sick to work, even if your symptoms don’t seem that severe, so you can give your body a chance to rest.

Allow your body to sleep as much as it wants, especially during the first day or two of your illness. If you’re having trouble sleeping due to troublesome symptoms, don’t force it. Laying on the couch or in bed is still a good way to get rest, even if you aren’t sleeping.

Drink Plenty of the Right Beverages

Even if you aren’t thirsty, it is important to drink plenty of fluids while you’re under the weather. It can flush your system and help you get over your illness quicker. However, that doesn’t mean you should reach for your favorite soda. There are right and wrong things you should drink when you’re sick.

Some of the best beverages to drink when you have an illness include:

Water really is the best drink when you’re sick, so drink plenty of it. Avoid caffeinated beverages like coffee and pop, as well as alcohol.

In addition to making sure you’re properly hydrated, you should also eat the right foods. Although you may be tempted to reach for comfort food like mac and cheese or hamburgers, there are some better choices when you’re feeling under the weather.

Foods to avoid include greasy burgers and fries that can irritate the stomach, making nausea worse, and dairy that can worsen mucus production.

Instead, eat foods that are gentle on the stomach, like bananas, applesauce, and toast. Dried fruits are a great source of fiber, and chicken soup is a great option. It has the ability to calm inflammation in your body, helping to ease achiness and stuffiness.

Take a Hot Shower or Bath

Bathing also has the potential to help you relax and unwind, making it a good thing to try if you’re tired, but you just can’t seem to get the sleep you need to recover from your illness quickly.

It’s true that you’ll probably get over your illness eventually, but that doesn’t mean you want to deal with symptoms for days, or even weeks on end. You have the potential to shorten your illness and get back to your normal life more quickly if you take care of yourself by following the tips on this list.