By Devin Partida, technology writer and the editor-in-chief, ReHack.com. 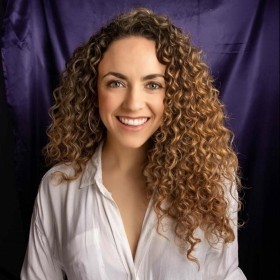 Healthcare providers commonly listen to heart and lung sounds when examining people. They aim to pick up on abnormalities that give them more insights into patients’ conditions, and those diagnostic methods aren’t going anywhere.

However, pioneering research suggests that screening could also happen by analyzing someone’s voice with the help of artificial intelligence (AI). Here’s a look at some ongoing developments.

Even the most skilled physicians can’t always detect signs of trouble during a patient’s routine examination. That’s especially true if a person does not have external symptoms. However, biomarkers indicate possible abnormal processes within the body. Scientists have linked some of them to cancer and high cholesterol, for example.

Researchers at the Mayo Clinic recently teamed up with an Israeli company called Vocalis Health. The two organizations initially worked together to learn about voice-based biomarkers for pulmonary hypertension — an often undiagnosed condition that causes high blood pressure in the lungs. The earlier efforts established a connection between the disorder and specific vocal qualities. This recent undertaking seeks to identify the specific vocal biomarkers associated with the medical problem.

Vocalis Health’s technology works on any connected device, and it provides a noninvasive way to check for medical problems. Although this current initiative focuses on only one disorder, there are plans to expand the technology to apply to other issues.

Predictive analytics tools have furthered impressive progress in the medical sector. However, they are not free from bias. Some medical technology companies strive to build algorithms that treat the data as objectively as possible. For example, one company combines three models to get a more holistic view of patient outcomes. It also identifies people across diverse populations to avoid overlooking underserved groups.

Removing bias is crucial in any case. Gathering multiple kinds of data can help get rid of it by giving people a broader picture of the circumstances. A Luxembourg Institute of Science and Technology project is currently collecting voice and cough data. Researchers hope to use it to diagnose COVID-19. The initiative’s principal investigator said that audio signature characteristics, such as an excessively breathy voice or a dry cough, could pinpoint suspected cases.

The project could reduce the physical contact between healthcare personnel and infected people. It may also help emergency services dispatchers identify the callers who need the most urgent assistance.

The first two examples here centered on the potential for voice analysis tools to detect physical ailments in patients. However, research suggests they could also aid in diagnosing people who have mental illnesses or cognitive disorders.

A small study of patients with serious mental illnesses involved monitoring them for up to 14 months and having them use a dedicated app and automated phone service. Participants called a number once or twice a week and responded to three open-ended questions. Next, an AI algorithm scrutinized patients’ word choices’. It also examined audio features — such as tone of voice — to a lesser extent. Researchers think this approach could lead to better, more personalized care and facilitate earlier interventions.

In another case, a research team developed an algorithm that listens to speech patterns and could lead to faster diagnoses of ailments that affect vocalization. For example, people with schizophrenia often display altered intonation and reduced speech complexity. Moreover, scientists learned earlier that pauses and filler words are also possible signs of Alzheimer’s disease. Perhaps the algorithm could detect problems in patients showing those characteristics, too.

A Straightforward and Pain-Free Diagnostic Approach?

Many diagnostic processes used in medicine carry side effects and risks. Thus, patients and their providers must balance those downsides to determine whether to proceed with them. Moreover, some methods are uncomfortable or cause people to feel nervous before procedures happen.

However, the options discussed here only require a person to speak while using a specialized app. It’s too early to say whether physicians will add them to the tools they usually rely on during patient assessments. However, if they prove viable in trials, these approaches would be game-changing for patients and medical professionals alike.

Thanks for sharing great tips and ideas. This blog was really helpful.

Good article. Entertaining but with the very good logical concepts.

Such A Nice Post, Keep Up The Fantastic Work… Thanks

Wow, every detail is absolute perfection! Love it!