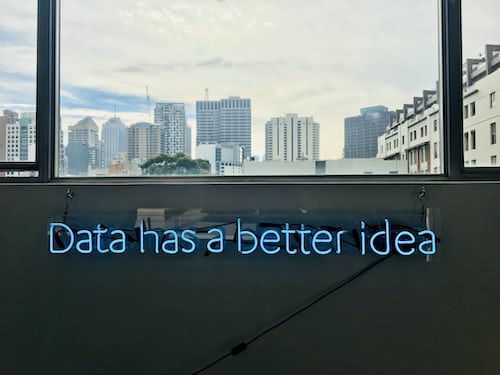 Technology has always been at the forefront of improving our understanding of diseases, but the rise of big data has taken this to new heights. Big data in healthcare isn’t new, but it is worth discussing over and over again because it has not yet reached its full potential. No one even knows what its full potential looks like yet.

Even still, the application of big data in healthcare has now reached a point where it’s producing meaningful results not only for researchers but also for clinicians and patients.

Big data has provided changes to the way people in healthcare and research work, but what about the changes it’s provided to specific treatments? These changes are already here, and they’re indicative of both what’s to come and what’s possible for both individuals and patient populations.

What is Big Data in the Healthcare Context?

Big data is a broad concept with applications in a wide swath of fields. In the healthcare context, big data refers to the practice of collecting, analyzing, and using data from many different sources, including patient data, clinical data, consumer data, and physical data. In the past, it was possible to collect only a few types of data in smaller volumes because the tools needed to process and apply it were unavailable.

In this way, big data goes hand-in-hand with other technological developments, like machine learning and artificial intelligence (AI). Before machine learning, both clinical studies and applications were massively limited in terms of their scope: you could only handle a certain volume of data or a set variety. Veracity was also a problem with big data sets, which impacted the validity of studies.

Today, big data is a huge part of healthcare. You can find it in the creation of electronic health records (EHRs), pharmaceutical research, medical devices, medical imaging, and genomic sequencing. It differs from previous advances because it encompasses what data scientists call the 3Vs of Big Data: volume, velocity, and variety.

Evidence-based medicine is at the core of modern practice. From diagnosis to treatment, physicians and specialists rely on an extensive foundation of research before making decisions. Medical big data has the ability to impact predictive modeling, clinical decisions, research, and public health. But it does so with greater precision: big data uses temporal stability of association. It leaves causal relationships and probability distributions behind.

Hypertension represents an ideal case study of the impact of big data on medicine. Despite the various effective medicines, including beta-blockers, the rates of uncontrolled hypertension in the general population are still very high. Scientists are using big data and machine learning to identify other drugs that may be working against beta-blockers to prevent the patient from gaining control of their blood pressure. One study identified proton pump inhibitors (PPIs) and HMG CO-A reductase inhibitors as drugs that weren’t previously considered to be antihypertensive but that actually improved success rates in hypertension treatment.

Without big data, it would be both time-consuming and expensive to rerun studies on these kinds of drugs. Moreover, there simply wouldn’t be enough data available to do it.

Curing cancer is a bucket-list item for researchers, and in-roads have been made to improve treatments for even the most dangerous forms of the disease. Ten-year survival rates have doubled, but traditional methods still have to grapple with the fact that not only is every type of cancer different, but every cancerous cell or tumor is different, too. One tumor includes billions of cells that can produce new mutations and variations as they divide. In other words, it’s tough to treat — much less cure — a disease when it’s characterized by moving goalposts.

Cancer may have met its match in big data. Researchers and clinicians increasingly use genetic data to identify new treatments and the potential for a cure. Because it’s now cheaper than ever to practice DNA sequencing, it’s possible to extract a terabyte of medical data just from one patient. However, problems still remain with issues like data standardization, particularly among gene data.

One of the projects already making headway is taking place at the Bioinformatics and Computational Biology Department at MD Anderson. There, a team of researchers is able to use data from different types of cancers and genes to identify what causes the tumor to develop in the first place. Another project at the organization identified eight cancer “superclusters,” which identified gene expressions and disease pathways.

These kinds of advancements have improved diagnostics. A lab from Elemento (part of Weill Cornell Medicine) uses a machine-learning model that can predict thyroid cancer in patients based on gene expression: it has over 90% accuracy. The implications these projects could have for population health management and the associated valued-based system of care are enormous.

The Potential of Big Data is Still Unlimited

Big data has now been here for a while, but we’re only now starting to see how the new modes of work translate into tangible changes to medical treatments. The ability to use all the data available to us will not only identify efficiencies in patient populations but could make meaningful differences in heterogeneous diseases like cancers, too.

Where will big data take us in the next five or ten years? It’s hard to say. But the early signs suggest that healthcare could become both more efficient and more accessible than ever, and that’s worth all the data in the world.

Great article! There are so many areas in which big data can help medical science. It can aid in creation of better health profiles and better predictive models around individual patients so that doctors can easily diagnose and treat problems. Pharma companies will be able to model the scales of biology of diseases to create appropriate solutions.