With the global clinical laboratory market slated to grow at an estimated CAGR of 6.8 percent between 2014 and 2020, the importance of clinical testing cannot be underestimated. The development of advanced lab testing techniques is expected to drive the market to a record high of USD 148.8 billion by 2020, making dynamic imaging experiments – the backbone of life science research – a focal point of 21st century R&D. 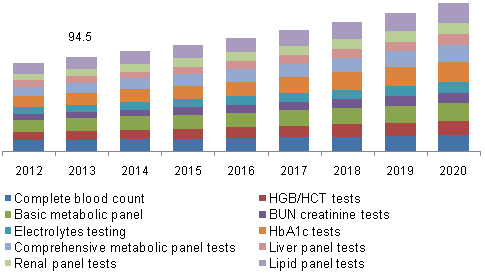 Dynamic imaging is a central component of lab testing, galvanizing a world of minute cell-level detail into actionable insights. However, for the average life scientist, the need to make hard trade-offs between price, focus and data management can limit the nature and kind of testing that can be done, and hence, the results that are reaped. Whether the research is on something as common as the place of springtime allergies in pediatrics, or as fresh as the role of epigenetic tags in inheritance, life scientists need a camera system that allows them access to minute data, sensitive performance and excellent data management and interpretation. Two imaging options available to them are Charged-Coupled Device (CCD) and scientific Complementary Metal–Oxide–Semiconductor (sCMOS) cameras. But which scientific-grade camera system works in which situation?

CCD and CMOS technologies both originated in the late 60s – early 70s, each designed to perform the same basic function: capturing, gathering and converting light to produce electronic signals. CCDC cameras dominated the scientific imaging market from the start, as first-generation sCMOS sensors struggled to fabricate quality data. Recent enhancements in sensor design, however, have closed the gap between CCD and sCMOS, allowing the latter to gain ground in life science circles.

CCD cameras employ a global shutter, allowing each pixel in an image to be exposed and captured at a precise moment in time. The images are then digitalized through a single output node to an ADC, before being processed, stored and analyzed. Individual pixel exposure results in higher quality when the images change from frame to frame; however, the greater the number of pixels that need to be digitalized, the slower the camera’s frame rate. From an operational perspective, this results in a bottleneck – before a fresh exposure can begin, each pixel in the existing frame must be converted and processed.

This is where fresh sCMOS can play a vital role in data management. The design for sCMOS chips positions an ADC at the end of each pixel column; it also employsa rolling shutter. The result is rapid digitalization, and high frame rates – up to ten times faster than high-end CCD cameras. Short time delays during the sensor readout can sometimes cause disruptions in the data, but some sCMOS counteract this through a custom triggering mode that achieves global exposure, alongside a rolling shutter design, to achieve both high frame rates and low read noise. 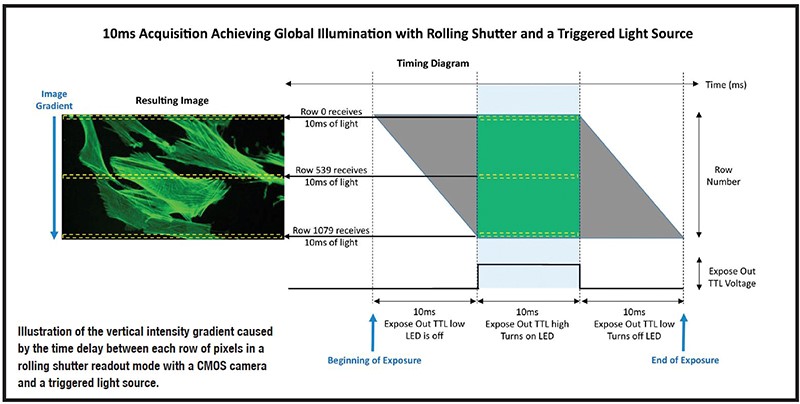 Of course, cost considerations also matter. CCD technology has dominated the market since the 1970s and, on average, developing a custom CCD imager is cheaper than developing a custom CMOS imager. However, when making an investment decision, keeping an eye on the financial time horizon is an important component of the overarching decision-making process. The use of sCMOSis on the rise, implying a possible lower cost of obsolescence. CMOS imagers that can leverage economies of scale also result in lower unit costs,write experts at Teledyne DALSA, an international leader in high performance digital imaging.

For machine vision, the key parameters for a life scientist are speed and noise, says Teledyne DALSA. In CMOS imagers, the front end of the data path is massively parallel; in CCD imagers, far less so. Hence, each CCD amplifier has higher bandwidth, but also higher noise. Because of their quantitative performance and focused sensitivity, CCD sensors work well in studies with moderate-to-long exposure times, such as when the microscopy focus lies on slow cell migration and western blot gels. When the research focus is on fast-moving cell phenomena, however, CCDC sensors lose accurate data about direction and speed, and are also affected by motion blue and temporal aliasing. Recent advances in sCMOS sensors make sCMOS technology a life science staple, especially in the fields of high-speed, high-resolution cell biology and biophysics testing.