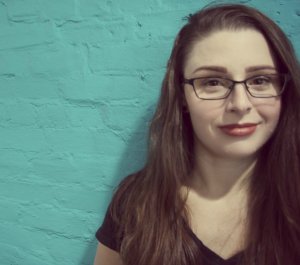 Health-tracking wearables — which include monitoring devices like Fitbits and smartwatches — have entered the mainstream. They are providing both consumers and health care professionals alike with unprecedented amounts of data, ranging from info on heart and cardiovascular issues to sleep quality.

These wearables can also offer unique new datasets that could help us learn more about some of the most difficult-to-treat disorders — like Parkinson’s disease.

A new study has highlighted wearables as a potential method of data-collection in the treatment of the disease and could help with Parkinson’s research. Here is how wearable tech could help us learn more about this disorder.

The study, published in January in Digital Medicine, highlighted how mobile data-collection devices — like wearables — could improve upon the self-report diaries currently used in the treatment of Parkinson’s. They can provide doctors with better data about patient symptoms.

Right now, in the standard course of treatment for Parkinson’s disease, patients are advised to keep motor diaries, fill out questionnaires or participate in structured clinical exams to keep track of the progression of their symptoms. While these strategies can be effective, they also introduce significant room for error.

The study demonstrated that it can be difficult for patients to commit to keeping a motor diary, which requires an entry every 30 minutes that they are awake.

During the course of the study, 38% of patients who maintained a motor diary missed a quarter of entries and had an average delay of greater than four hours. This could potentially degrade the quality of information available, as they recalled the severity of their symptoms hours later.

By comparison, automated wearable sensors provided much more accurate data and were able to record information on symptoms more consistently than any other method of symptom-tracking. Consistent data is especially vital in the treatment of Parkinson’s, where symptom severity can vary significantly from hour to hour.

While the study’s authors did note there are some limitations to the use of wearables in tracking symptoms — they have difficulty monitoring muscle rigidity, for example — they ultimately concluded they could be a potential solution to tracking symptom severity.

Why Better Data Is Essential for Treating Parkinson’s

Parkinson’s is a slowly progressive neurodegenerative disorder that causes tremors, slow or involuntary movements, loss of balance, and can eventually make it difficult for a patient to stand or walk.

Right now, it’s still not quite clear what causes the disease, and there is no cure available. While treatments do exist that can improve symptoms — like certain kinds of physical therapy and medications that increase dopamine levels — the disease is progressive. Symptoms are likely to grow worse over time. As a result, Parkinson’s requires long-term treatment based on the severity of demonstrated symptoms. This is why tracking symptoms over time is so important for the more than 1 million Americans who live with the disease.

The symptoms of Parkinson’s disease can be especially difficult to track. To provide doctors with the best possible data, patients often need to keep motor diaries or regularly check in with their care providers.

Symptom tracking methods that require this can be difficult for patients to follow, degrading the symptom information available to doctors.

Health-tracking wearables — which can automatically collect data related to Parkinson’s symptom severity — may make things a little bit easier for patients. It can ultimately provide better data for doctors and could lead to new avenues in Parkinson’s disease research.