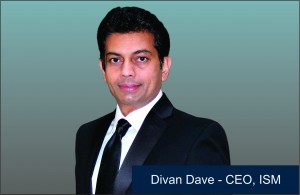 Here’s what we know. In the Anthem hack, it is estimated that approximately 80 million records were stolen. The Anthem hackers stole information of both employees and customers, which included names, address, emails, birth dates, medication history, employment details, family relatives and more. But while most hackers steal financial data for spending sprees – these hackers had next-step intentions with the stolen data serving as the basis for phishing emails with attachments for the purposes of installing malware using their official email accounts, gathering even more personal information, and then it was propagated across entire networks. So now what?

Know the facts. According to Privacy Rights Clearinghouse, up until Anthem, since 2006, about 6.6 million records have been exposed from 79 medical-related breaches of hacking or malware type. Last year, Community Health Systems Inc. announced a large data breach of its health system compromising data for 4.5 million patients and now Anthem at the 80 million mark. Attackers like targeting EHRs because the records are highly profitable compared to other forms of information. For example, each credit card data is valued about $1 in the black market. However, according to various sources, a partial or complete EHR can generate $50 to $100 on the black market. The high price is because of the healthcare data includes personal identity information and sometimes carries credit card information along with insurance and personal health information. So, while financial information can be tracked and secured following a breach — the healthcare information cannot be as easily tracked and resolved.

Current mandates. Every EHR provider should safeguard data and information with HIPAA-complaint communication protocols, 128-bit encryption and public key authentication. As per the HIPAA norms of strong grade encryption and authentication, providers should meet all the regulatory requirements enabling security and confidentiality. Scheduled backups of the data are essential to keeping records and information from being lost or destroyed.

END_OF_DOCUMENT_TOKEN_TO_BE_REPLACED

In light of the recent hacking healthcare news in which of health insurer Anthem, hospitals and health systems should be reminded of the need to assess their own vulnerabilities. Historically, healthcare organizations have lagged behind other regulated industries in keeping pace with information security despite compiling patient data at expanding rates. Unfortunately, the Anthem attack is unlikely to be an isolated incident: Industry executives have already predicted phishing and malware will be on the rise in 2015.

What other actions should prudent institutions take?

First, hospitals should develop comprehensive risk assessment plans. These plans can identify potential weak points, determine best practices and provide a roadmap for increased security. They should be reviewed and updated continually. Hospitals also need regular security assessments and training sessions for anyone who uses a computer.

The biggest oversight most organizations make is neglecting the training of end users. Basic training of users upon hire and at least annually will help protect an organization. Users need to make sure they’re not making common mistakes, such as clicking links in phishing emails. Following bogus links can easily allow hackers to steal information or infect computers. Users need to be educated about how to identify and avoid these types of risks. END_OF_DOCUMENT_TOKEN_TO_BE_REPLACED

IDC Health Insights announces a new report, “Business Strategy: Thwarting Cyber Threats and Attacks against Healthcare Organizations.” that features findings from the 2014 IDC Insights Cross Industry Cyber Threat Survey. The report is designed to gauge how financial services, healthcare provider organizations and retailers are responding to increasing cyber threats and the impact of successful attacks on business operations. The study also highlights how healthcare organizations are investing in their cyber strategy to protect their most valuable electronic assets.

END_OF_DOCUMENT_TOKEN_TO_BE_REPLACED

The recent theft of 4.5 million medical records by Chinese hackers coupled with the news that as-yet unidentified hackers were able to penetrate the U.S. government’s health care portal have ignited consumer concerns about the safety of health care records – and rightly so.  No patient should have to worry that his or her protected health information (PHI) may fall into the hands of thieves.

The medical industry experiences more security breaches than any other U.S. industry today, serving to undermine public confidence in electronic health records and the industry at large. Last year alone, more than 7 million patient health records were breached, up 138 percent over the previous year, according to a February report by IT security consultant Redspin. Theft or loss of unencrypted portable computing devices (i.e., laptops) or digital media containing PHI was the leading cause of PHI data breach, impacting 83 percent of records breached. Unauthorized access and hacking incidents impacted less than 7 percent of records breached.