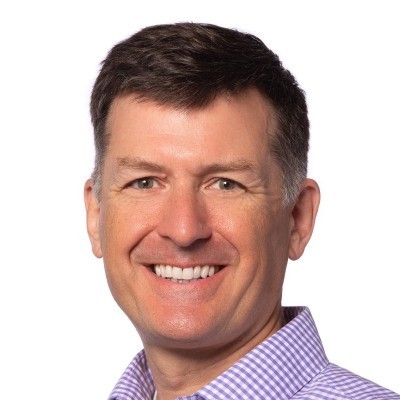 Typical attempts at defining, quantifying, and measuring social determinants of health (SDoH) are limited to geographic or population averages, which often mask individuals’ discrete and unique experiences. They can, therefore, lead organizations to implement costly and inefficient programs instead of addressing individuals’ actual barriers that represent the greatest potential for improving health outcomes and return on investment.

Recognizing this, the Colorado Hospital Association (CHA) sought to gain a better understanding of the unique fingerprint of risk within its members’ patient populations—knowledge that would lead to more effective strategies for its members to address emergency department (ED) super-utilization and readmission rates with interventions that would produce the greatest return on investment.

The group partnered with Carrot Health to perform a statewide analysis on the relationship between ED utilization and readmissions and SDoH. Coupling claims data from CHA’s On Demand Hospital Information Network (ODHIN) and consumer behavior data from the Carrot MarketView platform enabled production of an industry-first analysis of healthcare utilization across Colorado.

The analysis provided deeper insights into the patterns and relationships observed through patient data, social risks, and ED utilization and readmissions. The latter – readmission – is a core utilization metric that has been identified by Colorado’s Medicaid payer as a key metric impacting hospital reimbursement under Colorado’s value-based Hospital Transformation Program (HTP). As a result, improvements in readmission and optimization of quality programs around it are paramount to CHA’s member hospitals.

Readmission is also an area where SDoH can have a significant impact, particularly within the Medicaid population where social determinants are often exacerbated. For this reason, the CHA determined that identification tools would play an important role in helping to quantify risk and identify opportunities for strategic program design, community outreach, and interventions by allowing for the visualization and highlighting of the relationship between readmissions and SDoH.

This would, in turn, allow CHA to determine the appropriate guidance for member hospitals seeking improvement in their quality efforts. To that end, CHA and Carrot Health constructed an interactive dashboard to help hospitals understand their specific patient population by identifying those who had been readmitted within 30 days and which SDoH were contributing to overall risk for readmitted patients.

The dashboard allows CHA to identify areas of increased social risk for by comparing patients who were readmitted against those who were not. It also allows member hospitals and health systems to examine patient populations by ZIP Code, payer, race/ethnicity and SDoH risk groups and draw insights within each population.

The dashboard in action

Hospitals know their patients best. By providing the right data tools to CHA member hospitals, they are empowered to ask the right questions. For example, the interactive dashboard allows hospitals to contextualize readmissions through the lens of SDoH. They can identify their specific service areas and quickly determine by map areas where there is increased vs. lower social risk. Hospitals can also compare against other hospitals, identify risks by specific geographies, payers, ethnicity and more. Users can then evaluate risk and identify improvement opportunities within their patient population.

Within the context of Colorado’s HTP and Medicaid readmissions, scores based on the Carrot Health Social Risk Grouper (SRG) can help identify the most exacerbated issues across the state within Medicaid populations. The SRG, a taxonomy for measuring and monitoring SDoH, was developed by Carrot Health to help understand, identify, measure, and quantify the social barriers and circumstances in which people live.

For example, if Medicaid and Food Insecurity are selected on the dashboard, users can tell which ZIP Code and race/ethnic groups are at an increased risk for a negative health outcome due to their social risk group. This granularity allows hospitals to understand their vulnerable patient population and determine appropriate next steps.

In ZIP Code 80808, just outside of Colorado Springs, significantly higher social risks are identified by the clearly exacerbated SDoH needs within the community and through observation of the Readmission vs. Not Readmission populations. The readmitted population in the area have 45% higher food insecurity, a 25% higher transportation needs index, and a 19% higher housing instability risk. Thus, the dashboard allows hospital systems with coverage in this ZIP Code to consider the full breadth of social issues when developing and executing on community outreach initiatives.

While community programs addressing transportation needs, food insecurity, and housing would likely benefit many, the ability to obtain this information at an individual level allows hospitals to identify those most at-risk for negative health outcomes and align care delivery and outreach programs to the unique needs of the individual.

Ultimately, the dashboard lets CHA provide its member hospitals the capability to identify an area of focus and allocate appropriate resources to address social risk factors within their own communities. Acknowledging that each hospital and community is unique, each can create their own individualized interventions.