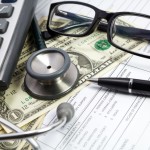 CMS has issued guidance stating that Medicare claims submitted with incorrect codes won’t be denied for the first year of ICD-10, if the codes submitted are within the correct code family. While this does provide some relief of the pressure on coding departments, it’s still important to get the billing right and transition into the new codes as quickly as possible.

If you find the number of rejected claims is increasing, audit those claims to determine where the problems are coming from and take corrective action. When you do, you can reduce the potentially damaging effects of reduced cash flow, decreased productivity, and restrictions on patient care.

Imagine how frustrating it is to have an error just because of simple mistakes. Which is why it is sometimes better to outsource your billing services for accurate and quality service.