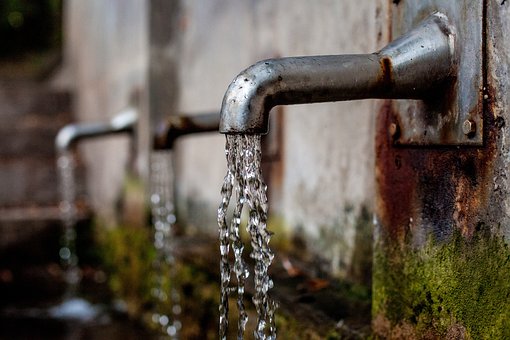 Though the United States has some of the cleanest drinking water in the world, contaminants in the water are inevitable. A contaminant is defined as anything that’s not water, after all. Most are harmless even as they give the water a bad taste, smell or strange color. Others are actively harmful. Here are five of the more common contaminants and what can be done about them.

Arsenic is a naturally occurring metal, but it is also a carcinogenic poison. Besides causing cancer, arsenic can damage the body’s circulatory and nervous systems as well as the liver, kidneys, lungs, heart and bladder. Arsenic is found in the rocks and soil that drinking water flows through and around.

Nitrates can also be found naturally in the water, but they are also byproducts of fertilizers used on crops or lawns then washed into the water supply. They can also enter the water supply through the effluvium found in septic tanks, and soil can change nitrogen into nitrates. Nitrates are especially problematic for children and pregnant women because they block red blood cells from carrying oxygen.

Bacteria and other pathogens contaminate water. Among the most common bacteria is E. coli and its relatives. Other pathogens include the parasites cryptosporidium and giardia lamblia, which enter drinking water that’s been contaminated with raw sewage. These pathogens can cause serious illness with symptoms such as diarrhea nausea and vomiting and abdominal cramps.

Chlorine is often used to kill the aforementioned bacteria. It is, for example, used to shock private wells. But it is poisonous and can not only linger in drinking water but break down into carcinogenic byproducts. Even ozone used to clean water can break down into noxious chemicals such as acetaldehyde and formaldehyde. These chemicals may also be carcinogenic.

Lead was once so popular for water pipes that its Latin name, plumbum, is the source of the words plumbing and plumber. There are still old houses and even municipal systems that still use lead pipes. Unfortunately, lead is a poison that not only leads to anemia, kidney damage and hypertension but can stunt the intellectual and mental growth of children. As of 1998, lead plumbing has been banned in the United States.

How to Get Rid of Contaminants

There are several ways to clear water of most contaminants. Boiling water kills pathogens, and distillation not only removes pathogens but heavy metals such as arsenic. But if the homeowner really wants to remove the greatest number of contaminants in their drinking water, they should employ a quality water filter. There are several types of water filters. They include:

Reverse osmosis filters remove a great range of contaminants, including nitrates and pathogens. The system has three kinds of filters. One takes out the larger particles, the second takes out metals, and the third uses charcoal to remove pesticides, parasites and lead. Older types of reverse osmosis filters were notorious for wasting lots of water, but newer models waste less. Some come with a pre-filter.

This type of filter uses charcoal or carbon to pull contaminants from drinking water. The contaminates stick to the carbon, which comes in pieces as small as 0.5 microns, and allows clean water to flow into the fresh water pipes. A homeowner can buy a charcoal filter according to what kind of contaminant they need removed. There are activated carbon filters that remove pathogens and others that specialize in removing pesticides.

This type of filter is also called a water softener. It pulls hard minerals such as calcium and magnesium from the water by passing it through a tank full of resin beads in brine. There the calcium and magnesium ions are exchanged for sodium ions. This prevents limescale from building up in pipes and water dependent appliances such as dishwashers, coffee makers and washing machines. Water softeners can serve the entire house or a specific fixture. Some water softeners also remove nitrates and radon, a radioactive, carcinogenic gas.

This type of filter cleans water through the use of ultraviolet light. It’s especially useful when it comes to destroying pathogens and is often used with a charcoal filter. However, it doesn’t remove metals, salts or chlorine.

Though drinking water inevitably contains a lot of contaminants, most of these are harmless. Fortunately, there are different types of efficient and inexpensive filters that can be used to remove the worst pathogens or poisons.